Labor Day celebration at ESL on April 30th, 2018 by holding a get together, ration distribution followed by refreshments at the head office to express solidarity with workers and Labors within the organization and outside.

On this occasion the company’s CEO, Mr. Tariq Haq addressed the workers and emphasized the dignity of labor.

“We should take pride in working with hands. “ he stated.

He mentioned that he himself has risen from the ranks and used to work on machines with own hands as a young engineer before completing his masters from IBA in business. He also stated that working with hands is a sacred profession as it is the sunnah of almost all the prophets. Hazrat Zakariyya (A.S.), Hazrat Isa (A.S.) and Hazrat Noah (A.S.) worked as carpenters. Hazrat Idrees (A.S.) invented needle and worked as a tailor. Hazrat Ilyas and Hazrat Sualeh used to weave. Hazrat Huud was a merchant. Hazrat Yaqoob (A.S.) , Hazrat Shoaib (A.S.), Hazrat Musa (A.S.), Hazrat Ishaaq (A.S.), Hazrat Ibrahim (A.S.) and Hazrat Luut (A.S.) worked as shepherds. Hazrat Sulemaan (A.S.) although being a king, used to make fans for his living. Hazrat Dawood (A.S.) worked as a blacksmith and above all our Holy Prophet (S.A.W.) worked both as a shepherd and a merchant.

He also mentioned that he feels happy to announce that for the last nine years the daily congregational prayers held at ESL Head Office are led by one of our old colleagues who happens to be a driver and the entire staff including the Directors of the company offer their prayers behind him. As an Imam.

The two hour session was enthusiastically attended by the workers and May 1, 2018 was observed as a closed holiday for all the following day.

ESL already has employee-centered systems and procedures and firmly believes in treating all colleagues as a family. Its stated HR policy reads: 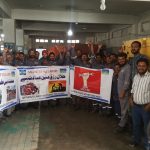 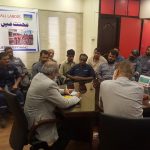 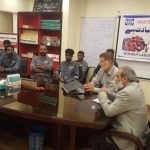 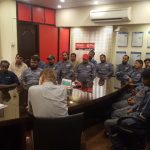 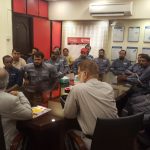 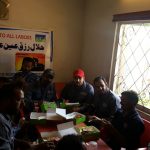 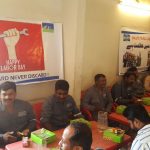 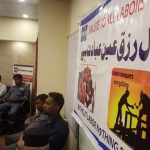